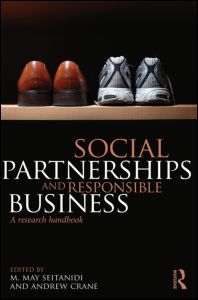 Zadek On Business, Sustainability and Incremental Versus Disruptive Change

Simon Zadek is a leading thinker about paths of change that truly respond to the sustainability challenge.  He is founder ofAccountAbility (although left), and works with numerous academic, corporate and governmental entities;  80% of his time is spent in Brazil, South Africa and China.   This is an edited transcription of thoughts he shared at a meeting of GOLDEN for Sustainability, a global academic-business initiative I am working with.  GOLDEN aims to spur through engaged scholarship, the development and application of knowledge about change processes and dynamic capabilities.

SIMON:  (In response to sustainability) we can broadly distinguish between approaches taken by companies: (1) at the optimizing end of the spectrum and (2) those at the disruptive end.  What we’ve seen over the past 10-15 years is a professional community emerging largely to deal with optimizing issues…metrics, codes, management incentives, training…geared to squeeze more sustainability blood out of the existing business model. That is a good thing.  But we have to understand its limits, and potentially its negative unintended consequences.

Then you look at people like me…and we talk more about disruptive change, new business models…major change in the way businesses and markets operate.  But the gap between these two is extreme.  There is little being done by companies in the disruptive change area.

Sustainability is a Disruptive Change Challenge

(W)e know in theory the answer (to climate change)….but where we are making (progress), it’s happening at a pace and scale that is far too small in relation to our understanding of the problem, and our timelines associated in dealing with the problem.  We know in theory the answer, but practice is hugely difficult to advance at the pace that we need it.  In some instances that is a failure of imagination, in most instances that has to do with incumbent interests.

Our underlying fiduciary models are rewarding the wrong things, incentivizing the wrong results.  We can imagine “the great disruption”, but we find it very hard to drive into practice, and that has a lot to do with our existing institutional configurations and underlying incentives and patterns of accountability and the difficulty in overcoming that.  And that’s true within individual companies, subsections of companies and much larger systems.

We are challenged to understand what the levers for significant scale are.  Most people do not to bother with the important question, but focus on two easier questions.

So we need to understand how to scale rapid change.

Governments and the Disruptive Change

CSR (Corporate Social Responsibility) has been built post a discussion about state ownership…therefore (it’s about) how to squeeze sustainability blood out of a private capital market obsessed about making large quantities of money in short periods of time.

15-18 years of experience shows we can’t get much more blood out of the existing model, so we need to change the game somehow.  And one part of that has to do with the technical and legal purpose of business.  Which means bringing the state (government) back in.  The next 2-3 decades will see profound interventions by the state.  The state in emerging markets – where the action is – is very important, and these countries will be increasingly important.  Two indicators of this are with the growth of importance of China’s state-owned enterprises investing, and of sovereign (state-controlled) wealth funds (China, Singapore, OPEC, Norway, etc.).

It’s the relationship between these new models of state intervention in the economy and business innovation, creativity, technological dynamism – it’s the intersections of those two areas – that are going to be where the significant points of disruption in international markets will actually lie.

When you talk to any forward-looking companies looking at the business model through the lens of sustainability, they are deeply involved in emerging markets and they are increasingly engaged in understanding the significance of public policy change to enable the business innovation and technological dynamism to flow through their business into value creation.

The Role for GOLDEN

Simon calls for GOLDEN to understand the emerging nature of state-business intersections, and “to really focus on problems that we don’t know how to solve”.  In this list he includes helping companies to understand how to:

He also urged GOLDEN to spend 75% of its effort with emerging markets – that’s where the action is.

Simon’s use of “optimizing” change is similar to how I use “incremental”;  “disruptive change” is similar to how some use “revolution” and I use “transformation”. An earlier blog distinguishing between incremental, reform and transformational change further describes the underlying challenges and dynamics that Simon is getting at.  Particularly valuable is his ability to “operationalize” the change modes in terms of such things as key questions and focal issues.  And particularly intriguing is his suggestion about reimagining the state-business nexus as critical to an effective response to sustainability challenges, and the role of emerging markets that are not so locked into the traditional models as loci for development of the needed new business model.

The tipping point theory suggests that lots of small (incremental) changes can accumulate to eventually produce a transformational change. However, as Simon points out, a market dominated by the traditional business model rarely allows incremental changes to continue in isolation — they will be reversed by the pressure of tradition as has been seen innumerable times with social enterprises like Stride Rite, Ben & Jerry’s and Body Shop.  This suggests that there needs to be collective action — either voluntary or enforced — to give rise to a fundamentally new business model.